David Glen Ward was a 52-year-old living in Petaluma in northern California. David was disabled from a previous auto accident, suffered from heart disease, and had trouble walking, talking, and breathing. In late November he was pistol-whipped by a carjacker. Then on November 27, after retrieving his stolen car, he ran into brutal thugs far more vicious and deadly than the carjacker: the Sonoma County sheriffs. He fled from them—perhaps in fright or frustration. “I can’t believe this, I’m the injured party in this.” Later he asked, “Why you f— harassing me all the time?”
This sickening video shows how after he stopped and was following their commands, these police still violently slammed his head against his car, choked, and tased him as they dragged him out of his car through its open window. Then as David Glen Ward lay handcuffed, unconscious and dying on the ground, these murderous pigs did next to nothing except whine about how they’d been bitten. When the cops realized that Ward was the owner of the car, not a carjacker, Deputy Charlie Blount, the pig who had beaten and choked him said, “Oh well.”
On Friday, December 20, the Sonoma County Sheriff released the body-cam footage and announced Blount would be fired. But this does nothing to stop the rash of police murders in northern California. In August 2018, police in Stanislaus County shot and killed 15-year-old Carmen Spencer Mendez as he ran from them. In November 2018, Danville police murdered 33-year-old Laudemer Arboleda who was unarmed as he attempted to flee in his car. In 2013, these same Sonoma County sheriffs murdered 13-year-old Andy Lopez in Petaluma for having a toy gun. 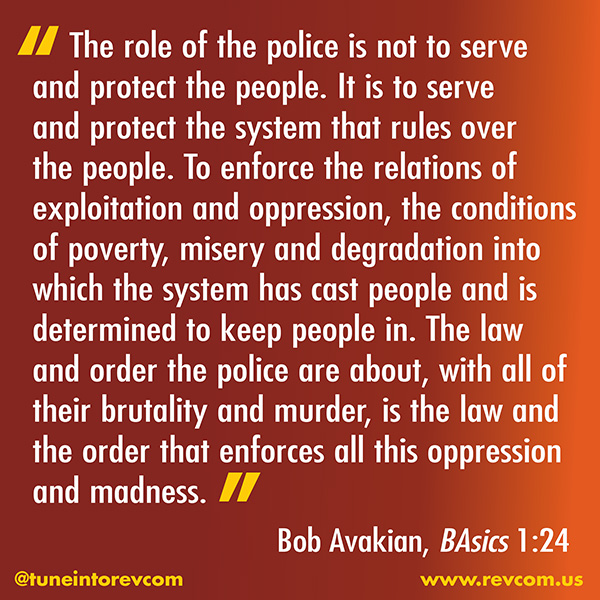 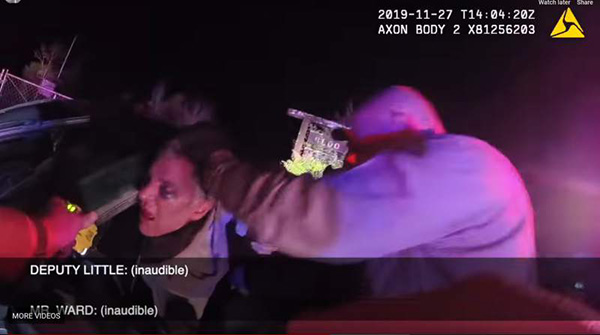 David G. Ward
Start at 5:45 to see the confrontation.

December 28 – We received $600 from a team broadly raising $5, $10, and $20 donations for revcom.us and the National Revolution Tour at intersections, holiday parades, protests, and among the middle strata. This brings us to $8,800. So sustain and/or donate generously to revcom.us now – and fundraise broadly!

You’ve read this article, now think about the crucial role revcom.us plays.  White supremacy and fascism are running rampant, and women’s basic rights are being ripped away.  America threatens wars on Venezuela and Iran, as it terrorizes immigrant families and wantonly plunders our environment—imperiling humanity’s very future.  At revcom.us you learn where these horrors come from, how they can be ended through an actual revolution, and how people are working now toward revolution.  You can find, engage and spread the work of Bob Avakian, the leader of this revolution, the architect of the new communism, and author of a concrete blueprint for a new society moving toward full emancipation. So become part of fighting for humanity’s future: sustain or donate now.