Chanting “Modi, Hitler,” “Modi, Butcher,” and “Hindu, Muslim Brothers” (in Hindi) 200 plus protesters, almost all with roots in South Asia and primarily Muslim, rallied in Chicago Saturday. Calling for secularism and calling out fascism, a variety of people spoke from the stage.
Refuse Fascism and the Revolution Club had been notified about the protest by one of the organizers who wrote: “Need of the Hour...is to speak out and register our Protest...As we all know that an undemocratic and unconstitutional law Citizenship Amendment Act has been brought into being by force; by force of the current ruling Fascist Hindutva BJP in India and we Indians irrespective of our individual Faith and Beliefs reject this unlawful law outright and pledge and take a solemn oath to not produce any document upon inquiry and in the process safeguard our Brethren in India, irrespective of who they are...and this to protect the right of every citizen of India and we aim to stand for this cause till the end...and this is our firm allegiance toward the constitution of India.”
Two of us from the Revolution Club attended and received a very warm welcome. We had decided it would be important to introduce participants to Bob Avakian. Every copy of BA’s official biography and What Is Fascism? pamphlet and 5-2-6 broadsheet we brought were distributed by the end of the protest along with many copies of Refuse Fascism’s plan for January. Engagements were brief in the midst of the protest. People were intrigued and surprised to learn we were organizing for an actual revolution here. Most people we spoke with said that Trump, too, was a fascist and many spoke of this as a horrific global phenomenon. Several people gave information to stay in touch.


Admit That the Waters Around You Have Grown 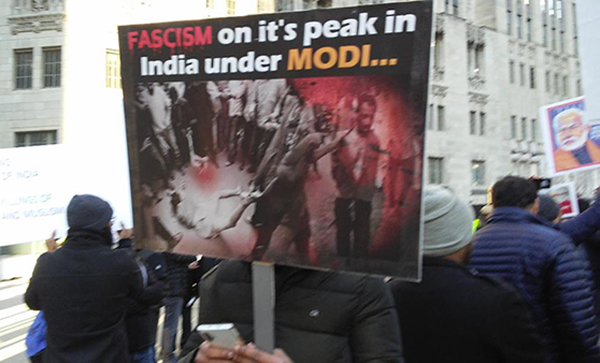 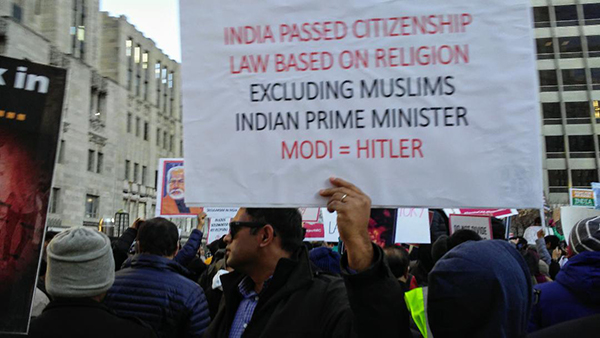 December 28 – We received $600 from a team broadly raising $5, $10, and $20 donations for revcom.us and the National Revolution Tour at intersections, holiday parades, protests, and among the middle strata. This brings us to $8,800. So sustain and/or donate generously to revcom.us now – and fundraise broadly!

You’ve read this article, now think about the crucial role revcom.us plays.  White supremacy and fascism are running rampant, and women’s basic rights are being ripped away.  America threatens wars on Venezuela and Iran, as it terrorizes immigrant families and wantonly plunders our environment—imperiling humanity’s very future.  At revcom.us you learn where these horrors come from, how they can be ended through an actual revolution, and how people are working now toward revolution.  You can find, engage and spread the work of Bob Avakian, the leader of this revolution, the architect of the new communism, and author of a concrete blueprint for a new society moving toward full emancipation. So become part of fighting for humanity’s future: sustain or donate now.